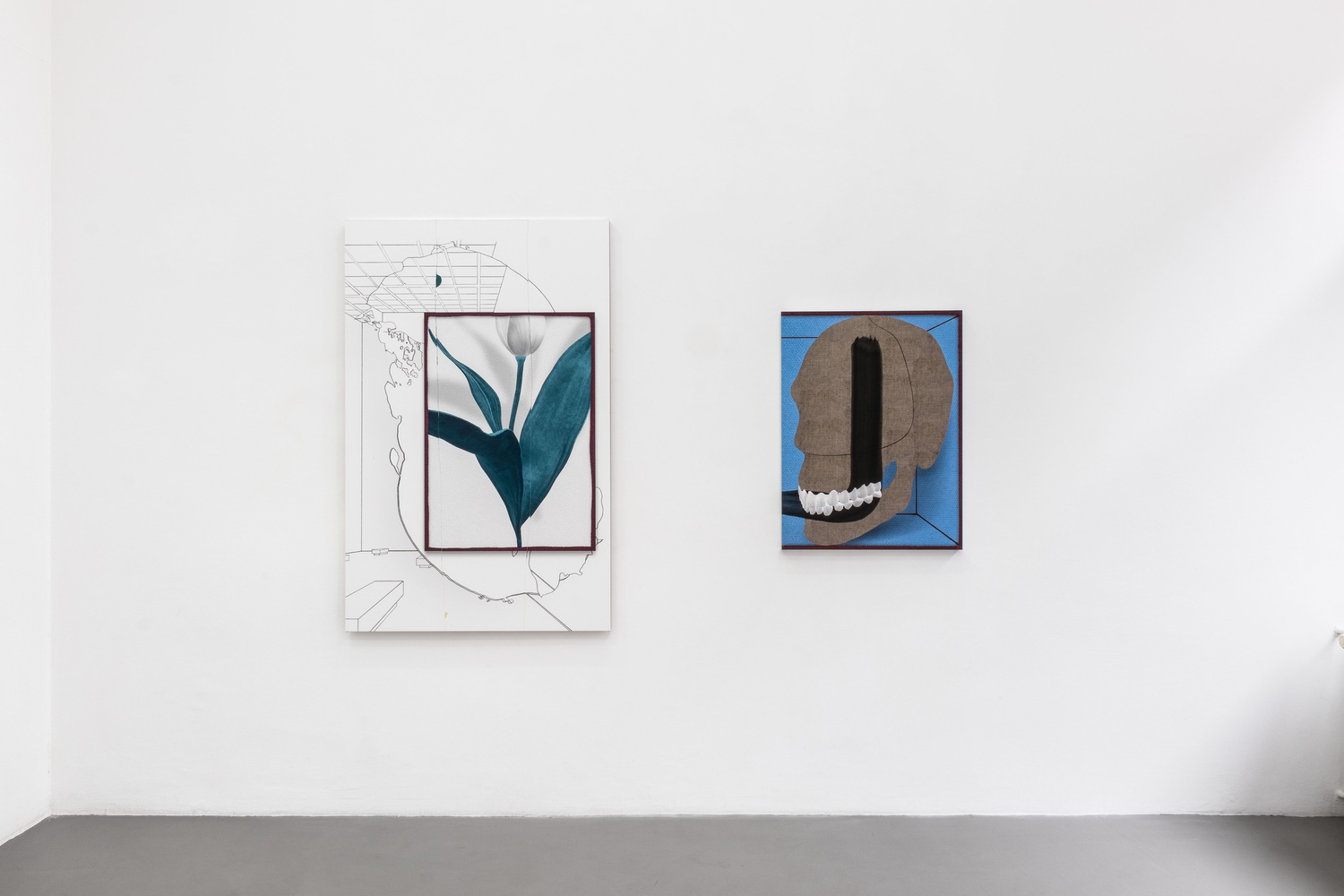 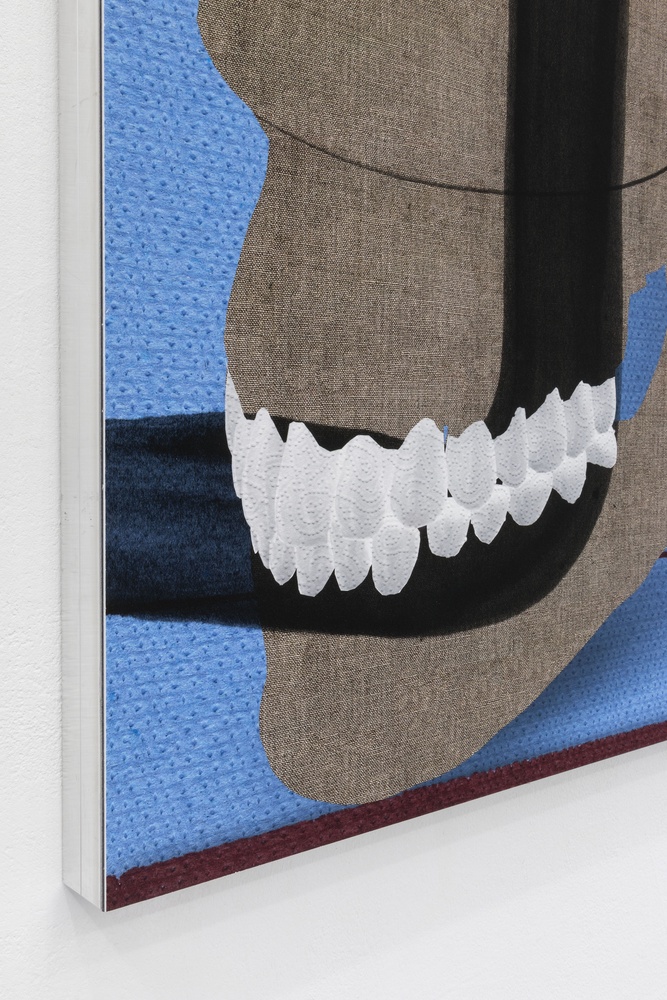 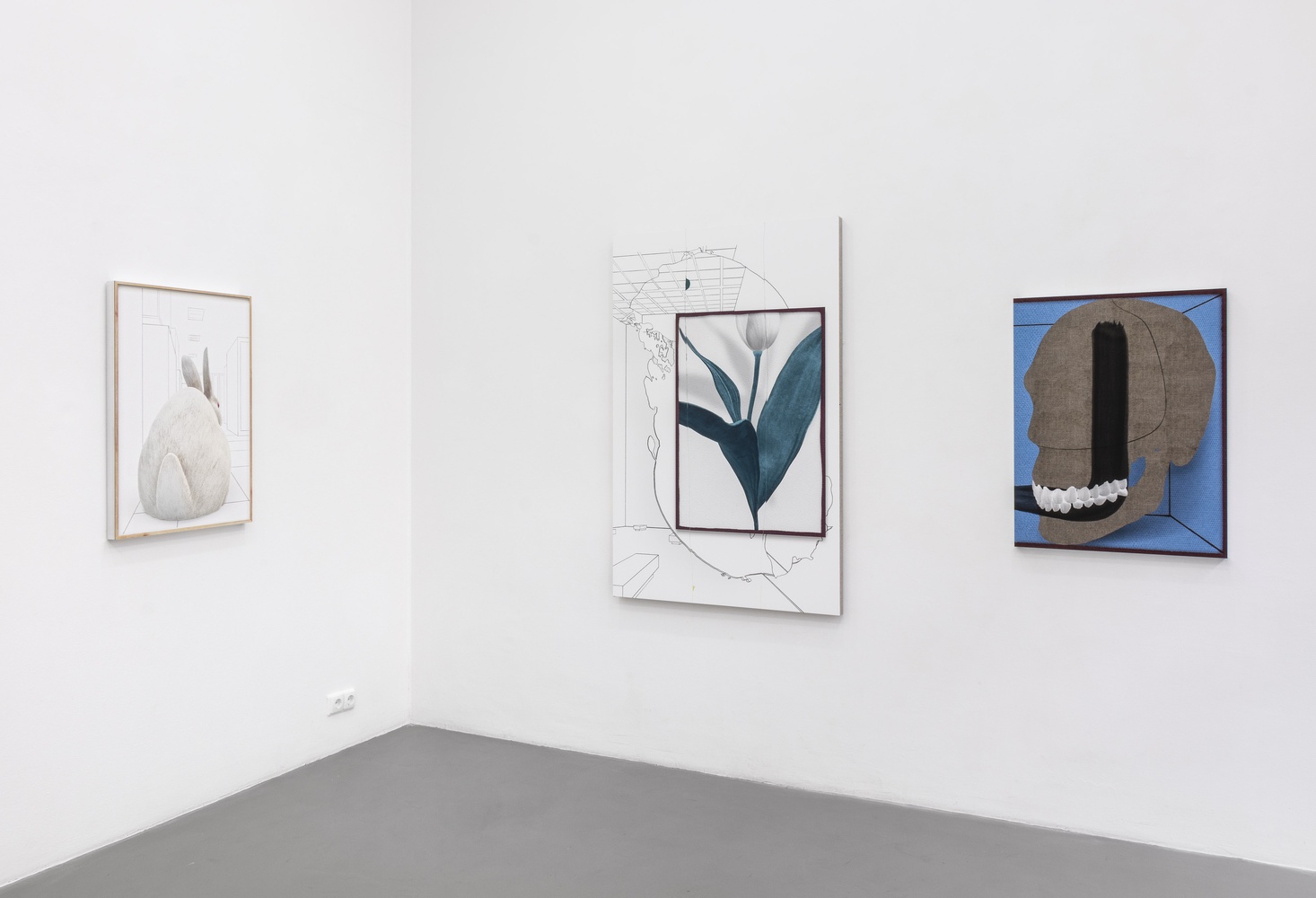 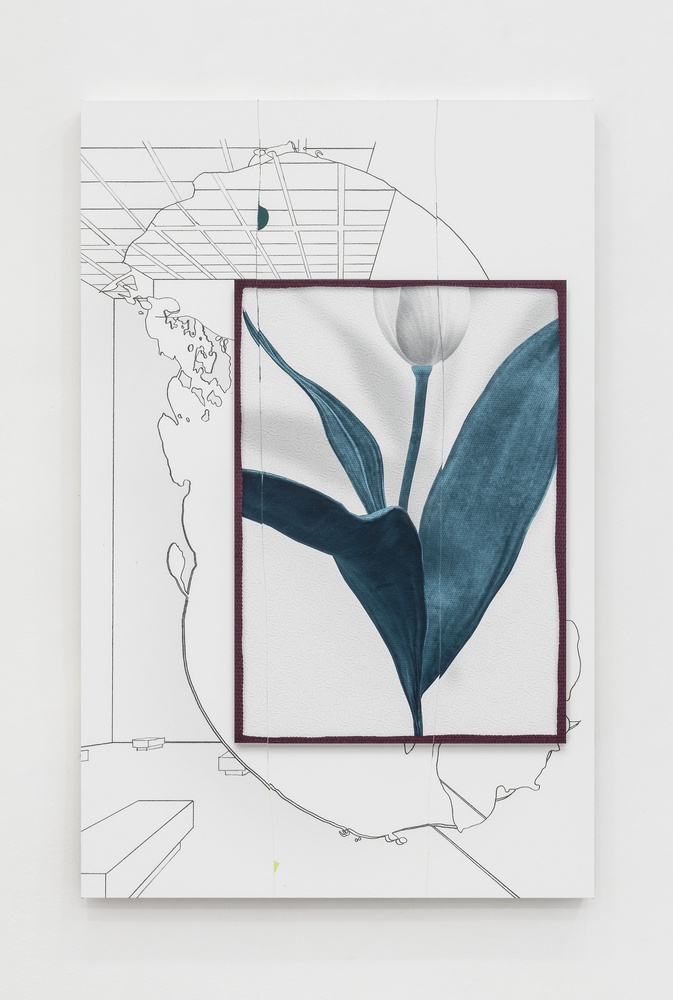 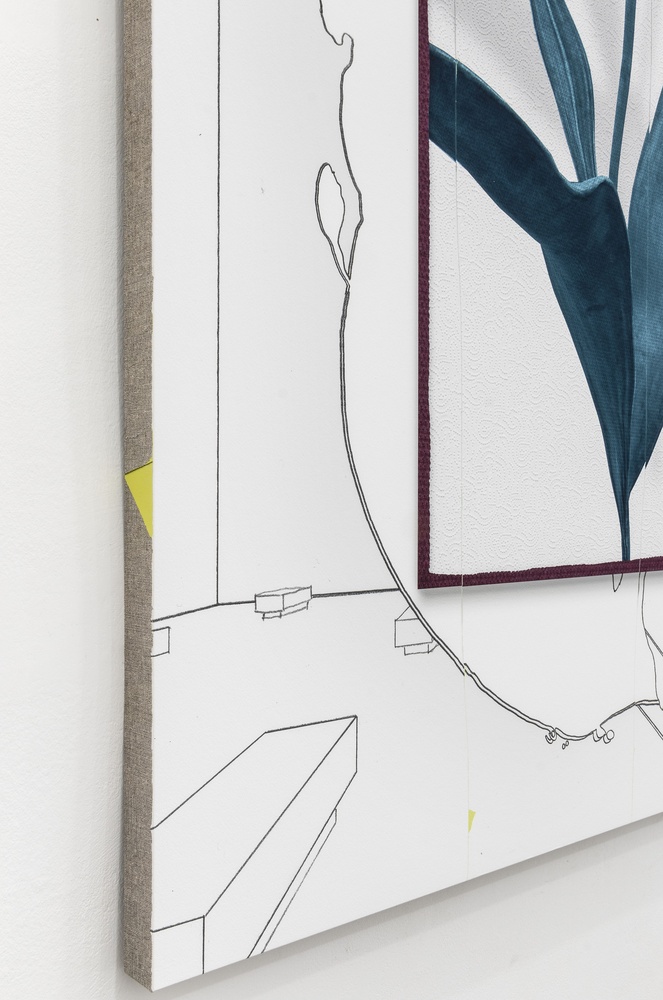 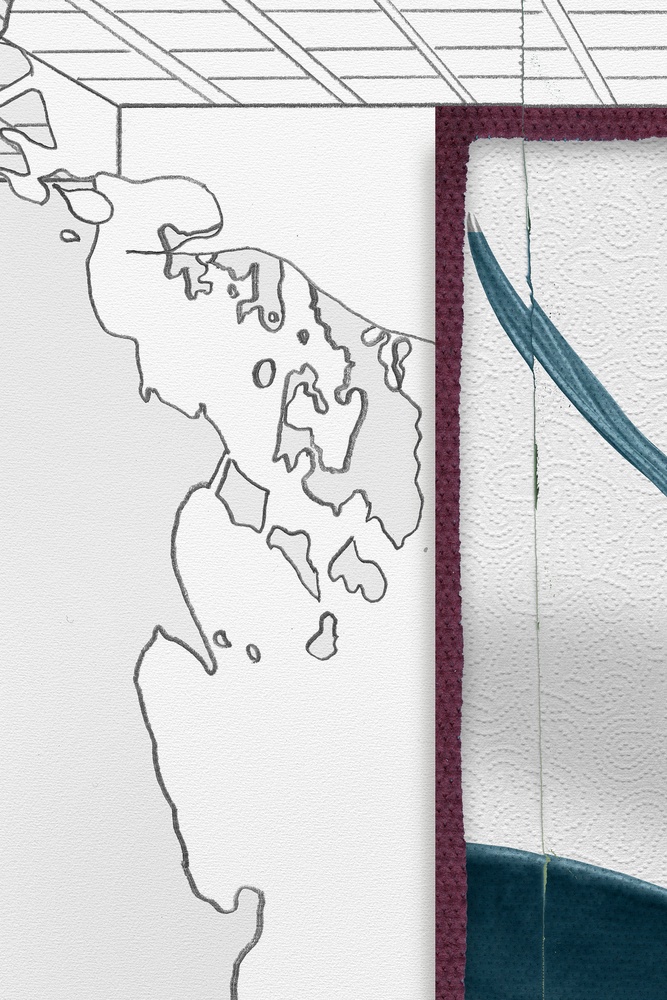 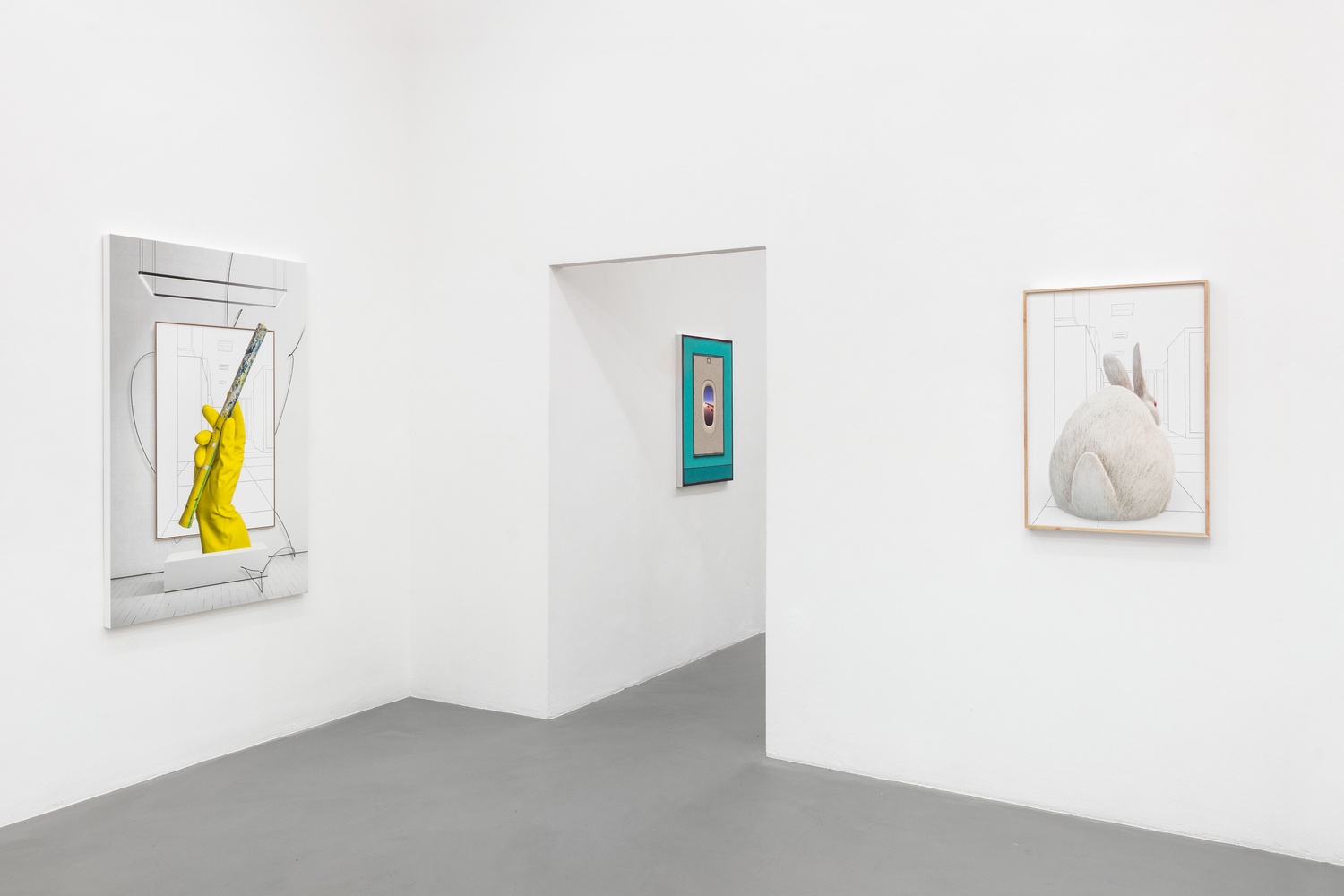 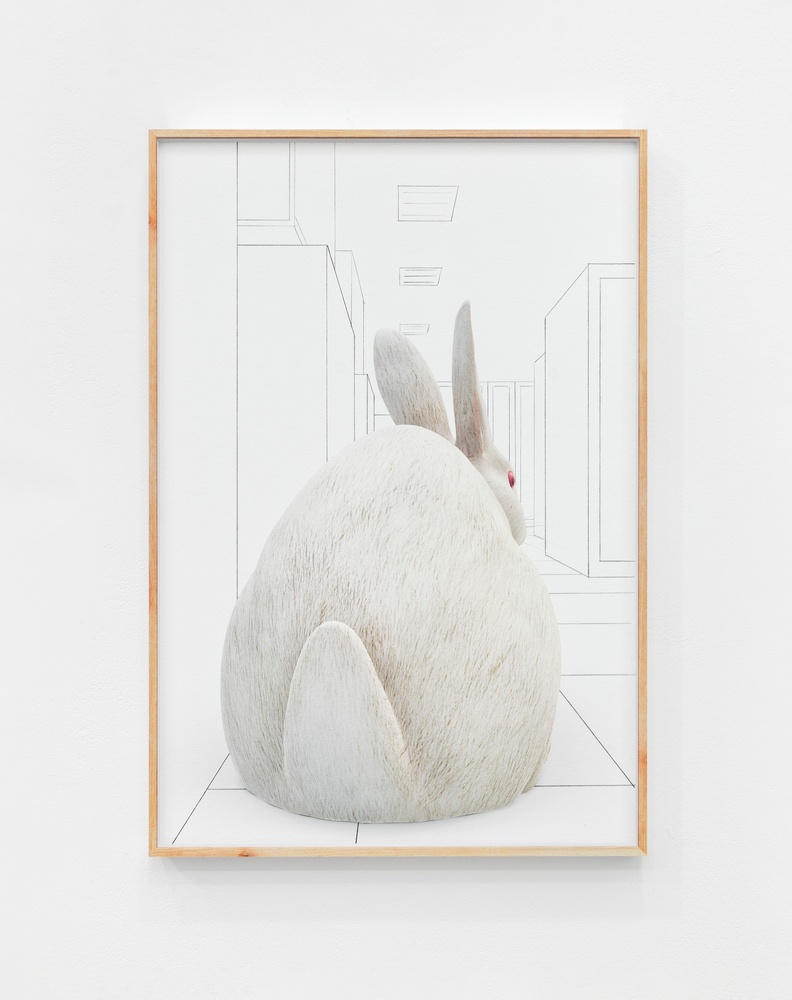 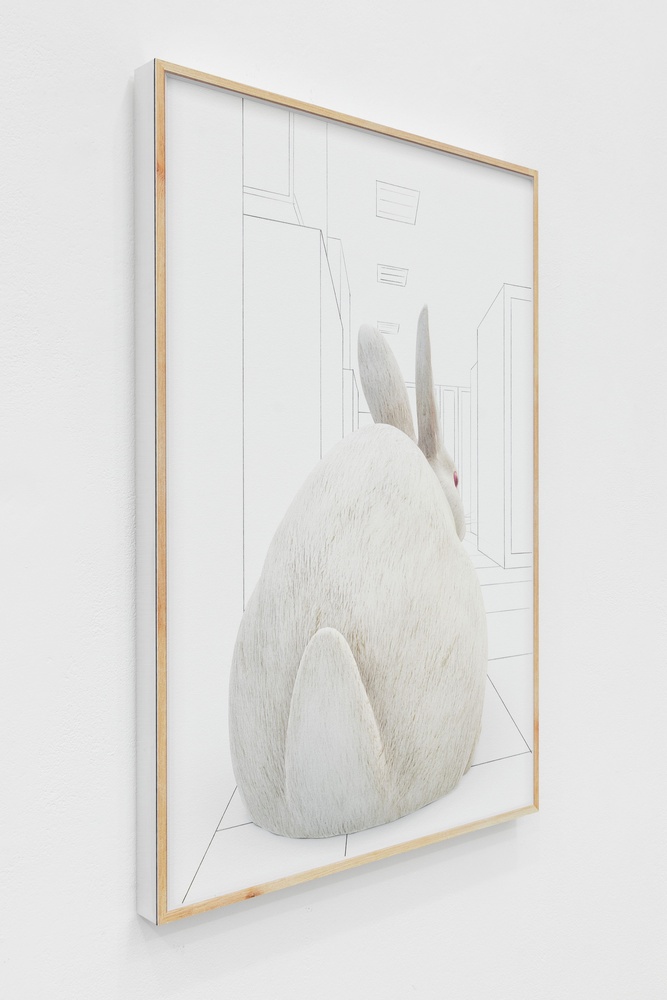 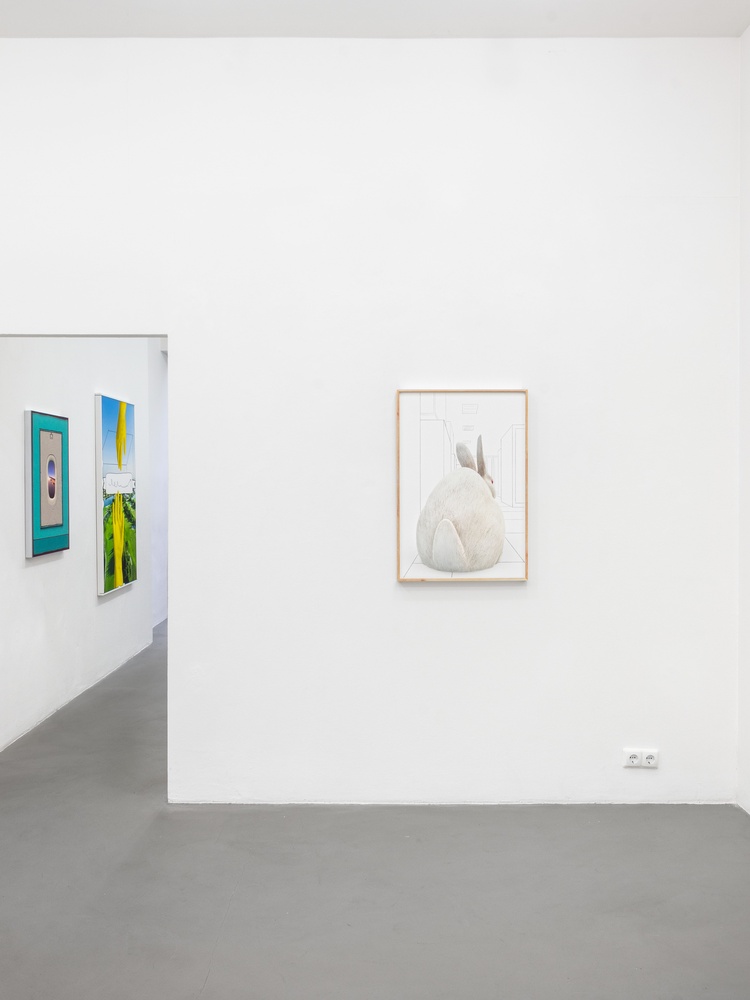 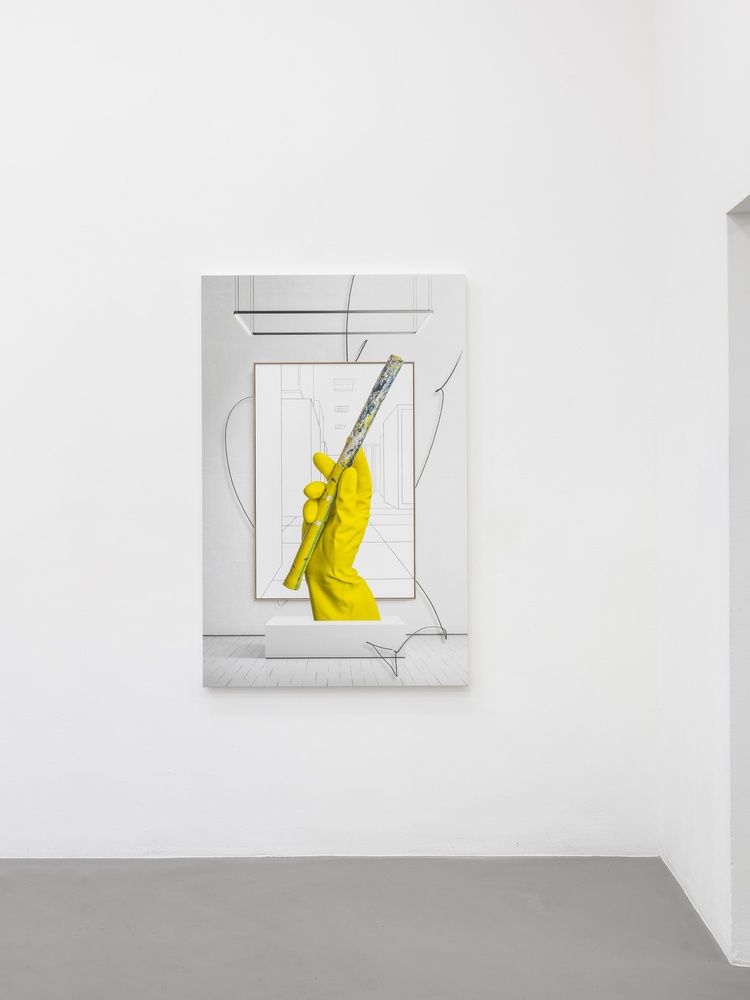 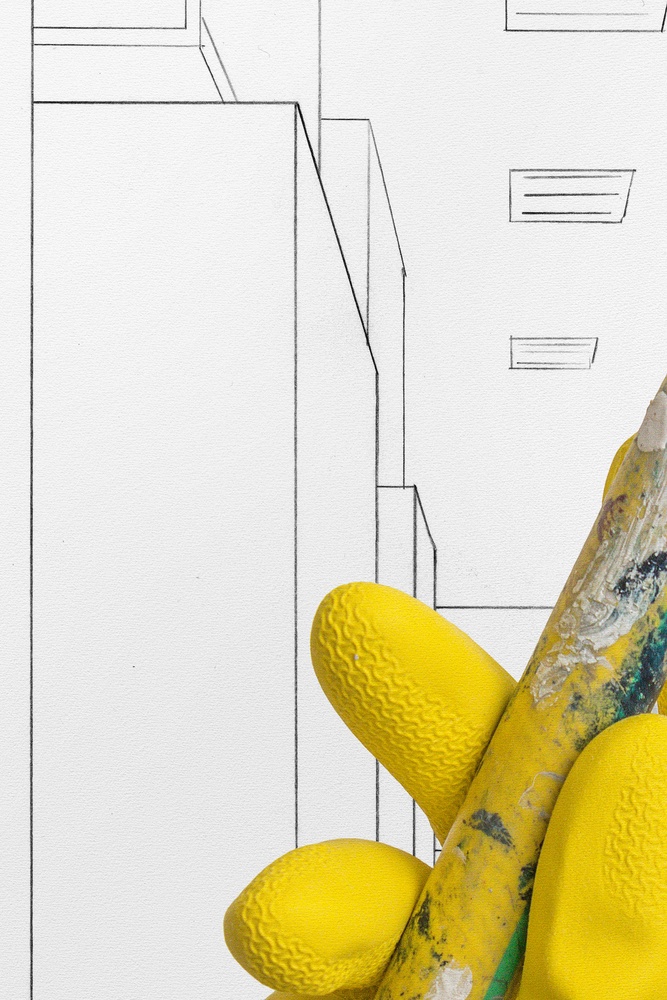 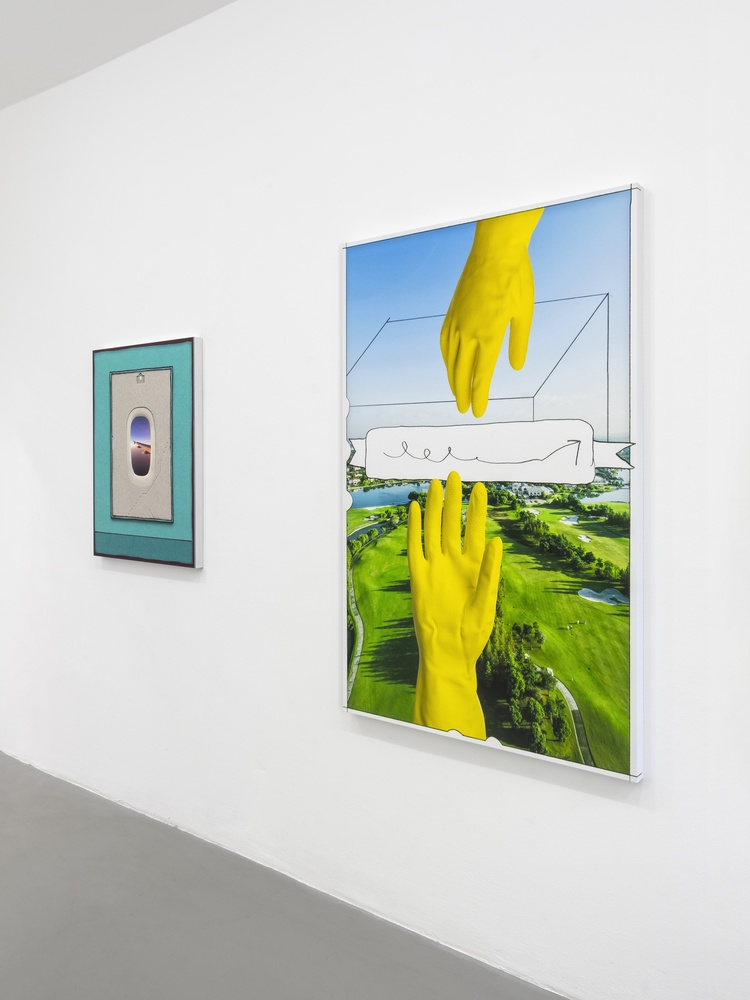 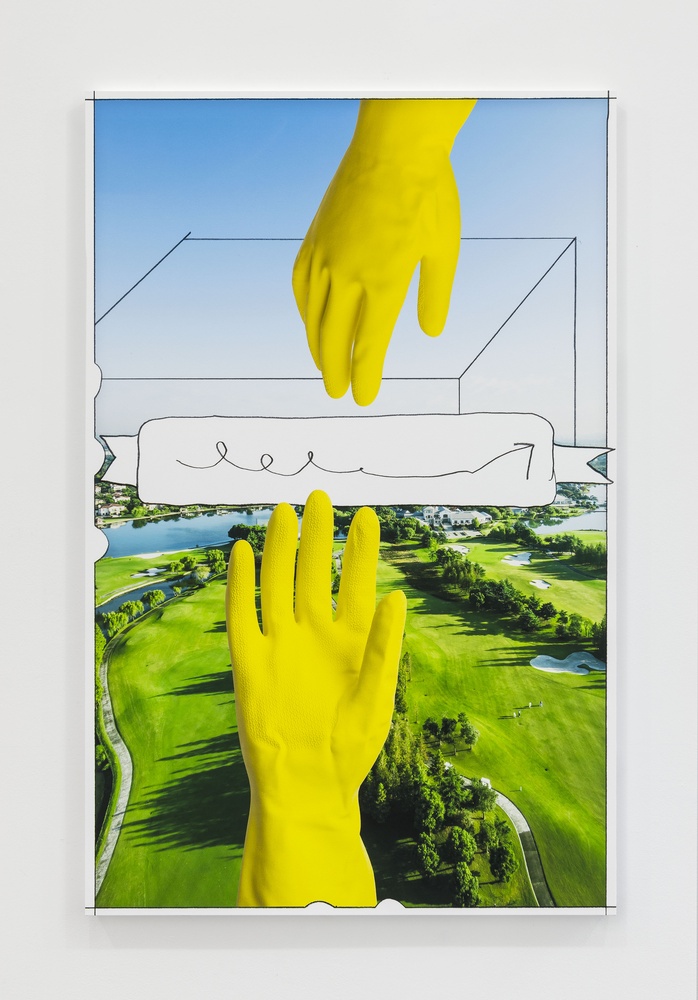 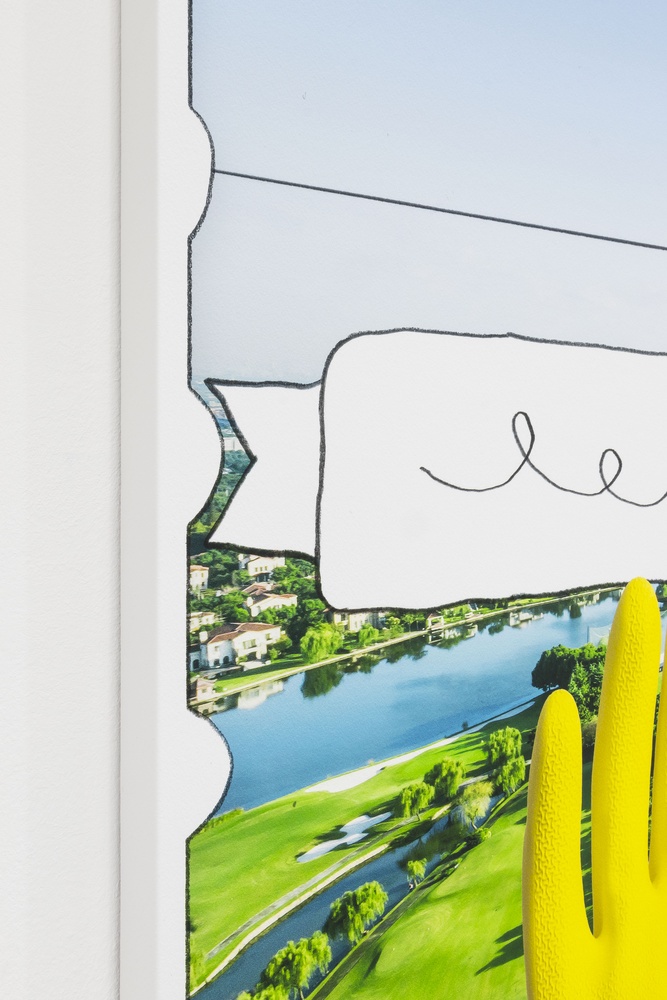 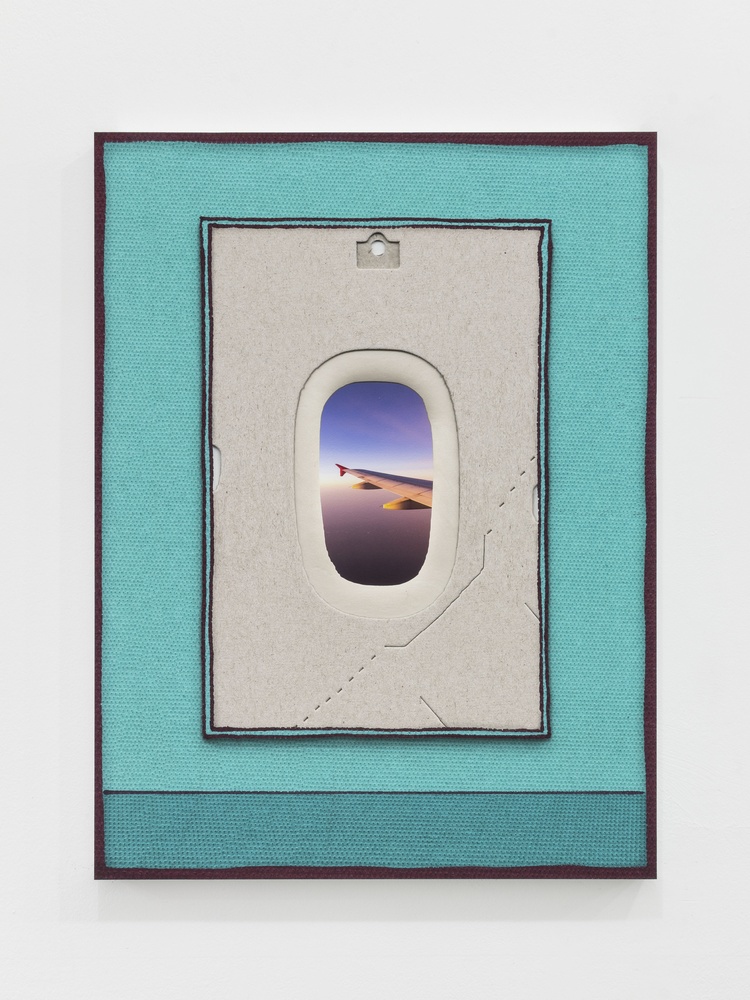 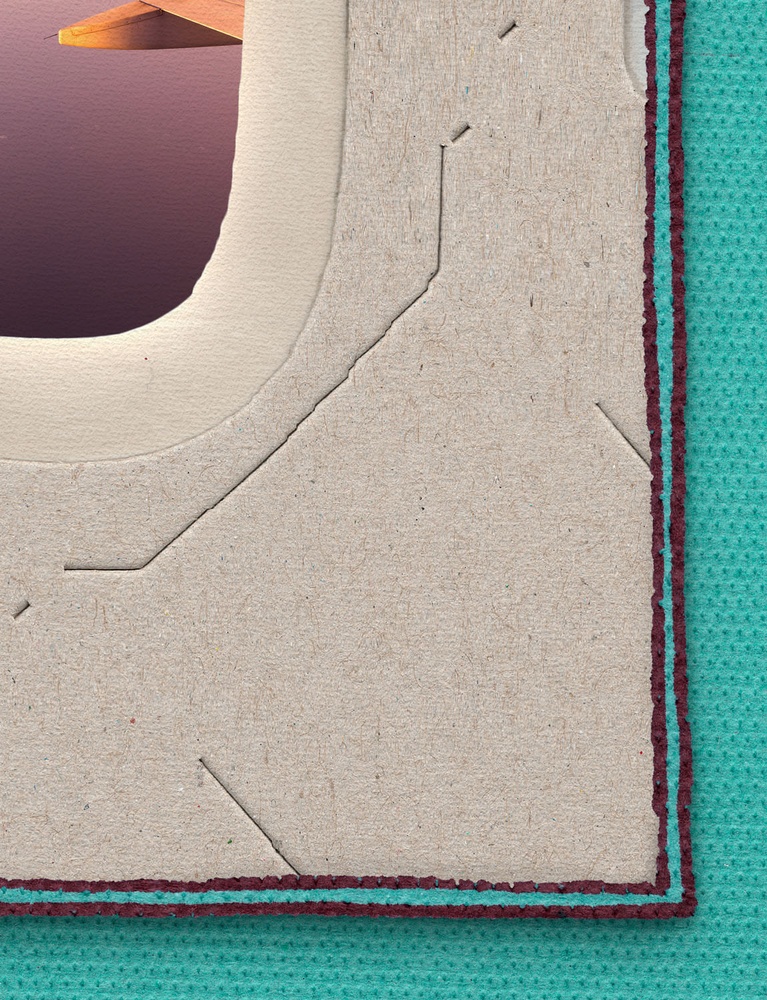 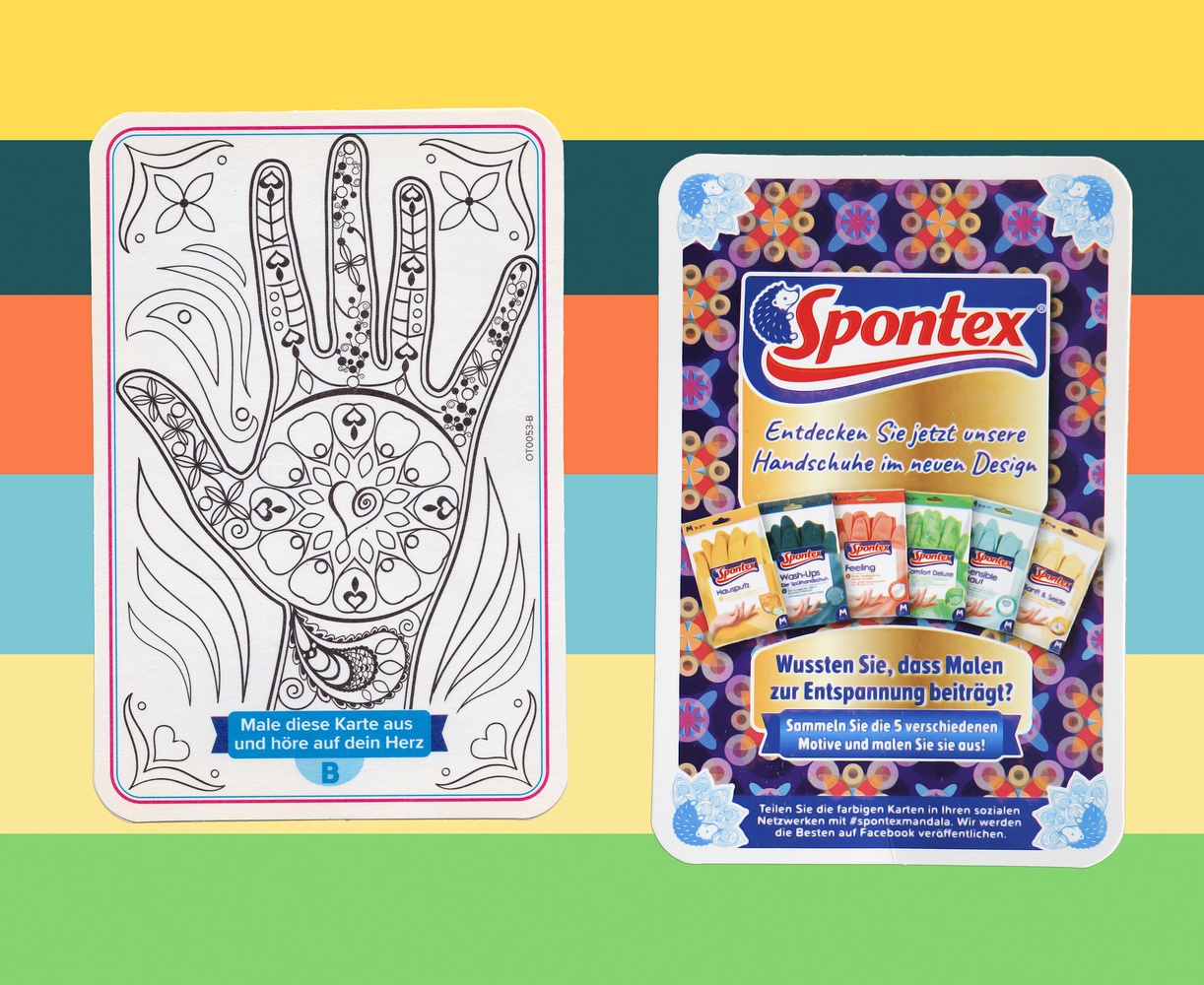 “Did you know that coloring helps you to relax?” This is the question faced by Spontex customers who have bought household gloves from them, and are now holding the enclosed mandala card to color in and collect. For the keen colorers among its customers, Spontex provides five different hand motifs decorated with esoteric-style patterns, whose supposedly positive effect is presumably meant to be increased by the addition of slogans such as “Color in this card and listen to your heart.” The results are then to be shared on social media us-ing the hashtag #SpontexMandala. Bendzulla has named his new ongoing series after this very hashtag, which is now being shown in the exhibition of the same name. Another part of the group of works has been on display parallely in the exhibition "Next Generations—Aktuelle Fotografie made im Rheinland" (Next Generations - Current photography made in the Rhineland) at the Museum Morsbroich in Leverkusen.

The works in the exhibition reflect Bendzulla’s long-standing interest in both the popular reception of the artistic world as well as the concept of artistic creativity and its diverse interactions with political, social, and economic processes. In particular, its elements of “authenticity” and “immediacy” seem to currently have a high level of social importance. On the one hand, creative activities seem to be a tool for finding or shaping one’s own self, but on the other hand, they are also viewed as a status symbol. These aspects are all condensed into this #SpontexMandala campaign, which consequently also seems so bizarre because it directly links housework, which has been socially marginalized, to creative work, which in turn is currently enjoying a particularly high social prestige. Bendzulla addresses this blatant contradiction in his work by staging rubber gloves as artistically elevated objects, presenting kitchen towels and canvases as equivalent image bases, or by framing the view from an aircraft window (as another current status symbol) with a vacuum cleaner bag.

In popular perception, artistic creativity and the subjectivity aligned with it, seems exclusively positive. Bendzulla’s works revolve around the frequently hidden contradictions and potentially problematic aspects of creative work and life. His work is often shaped by inner contradictions that unfold on both a formal and content-based level. All of the compositions contain painted or graphic elements, but their immediacy frequently appears fractured: original traces of paint appear in various works in identical form, and drawings sometimes seem unnaturally enlarged and digitally reproduced. In fact, all works are digital collages, in which scanned drawings and traces of paint are integrated and then printed on handmade paper. The strong texture of the paper and its artistic aura enhances the credibility of many trompe-l’oeil effects. This creates images that, in the viewer’s per-ception, appear neither totally “real” nor fully digitally generated. The textured surfaces in the pictures, images of canvas structures, but also enlarged scans of kitchen rolls appeal to the viewer’s sense of touch, but without them being able to use it: after all, touching pictures in an exhibition is usually prohibited. The motif of the rubber glove also refers to this “suspended” immediacy.